FNAF: Security Breach is the latest instalment in the Five Nights At Freddy’s game franchise and it’s safe to say that it didn’t release in the best of states. Ranging from time travel to broken AI teleportation to the whole game story relying on you picking up a screwdriver. If you don’t know what I mean, this video shows it off pretty well.

Before I get into this I want to make it very clear that this is all speculation on my part, just educated guesses from my time using Unreal Engine, the same engine FNAF: SB runs on.

What is Giga Monty?

Good question, to start with, let’s go over who Monty himself is first. Monty is a new animatronic in the franchise, joining Freddy, Chica and Roxy. There are a few other animatronics however these four are the main ones. During the game when all of the animatronics are trying to kill you…(because reasons…don’t ask me why, the story makes no sense)…he will mainly loiter around the Monty’s Gator Golf and Superstar Daycare areas, but there is one time he will be in a very specific location: manning the searchlight in the Atrium.

By entering and leaving the trigger you can spawn as many Montys as you want, as long as your hardware can handle it.

The broken AI of Giga Monty

When they spawn, their AI is in a seemingly broken state where you can walk up to them and nothing will happen, they can’t see you. I assume this has something to do with this Monty having his AI Perception component disabled or removed, which would explain what happens next.

When captured by a S.T.A.F.F Bot, these Montys will aggro onto you and will chase you from one end of the map to the other, they won’t stop until you’re caught. This is why it is called Giga Monty, I assume that’s why.

What causes Giga Monty and his behaviour then?

Due to how broken the game is, it’s hard to say for sure. However, I assume the game just doesn’t check if Spotlight Monty has been spawned, which can be stored in a variable or something and IsValid() checked.

The cause for his AI breaking is a bit more interesting. I believe his Perception component is disabled, or something along those lines, as he will only chase you when a S.T.A.F.F Bot catches you, which is what summons an animatronic and auto aggro’s them to you. He doesn’t lose aggro’s because that requires sight, which seems to be disabled, which results in the player being unable to ever “leave” his vision as the AI system can’t check for that. I feel the perception component for Soptlight Monty is disabled as the player must walk through his line of sight and he doesn’t aggro, the same as the duplicate Montys.

And that’s that. This post stretched on for a bit, didn’t it? Please remember that these are just educated guesses from my time using Unreal Engine so what I say may be wrong.
Feel free to contact me for more information.

If you want to see more of what I do with Unreal, check out:
How to add Tick to an Unreal Editor Module or How to make custom Unreal Editor Blueprint Nodes. 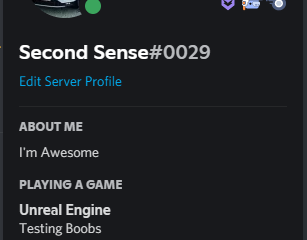 How to add Tick to an Unreal Editor Module

Adding Tick to Editor Modules. For a small project I was working on, I needed to add Tick to the Editor. This isn't usually exposed, but I did it anyway. 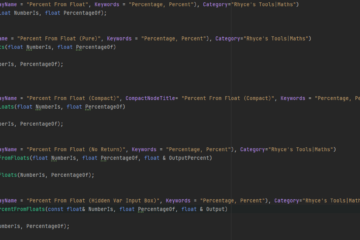 Creating custom nodes using C++, in Unreal Engine, is pretty simple and can be very quickly picked up with some basic C++ knowlege. Let's go over it.